Days One and Two - New Delhi

Welcome to India, a country filled with contrasts, intoxicating sights, smells and noises, rich history, and some of the world's most famous and recognisable landmarks, which can be found in its iconic 'Golden Triangle'. During this eight-day tour, you'll enjoy an insightful introduction to the country's three most popular and famous destinations, Delhi, Agra and Jaipur, beginning in the capital, Delhi. Today is arrival day, so make sure you arrive before 6pm, when the tour officially begins with a welcome meeting - but if you'd like more time to explore or refresh before meeting everyone else, be sure to arrive a day or so earlier! On day two, your group leader will take you on an excursion through Old Delhi, riding through the city's metro system and then exploring by rickshaw to visit the square of Chandni Chowk, the vibrant bazaar where you can find food carts, spice stalls, and sweet shops. You'll also discover Delhi's oldest mosque, Jama Masjid, before gaining an insight into one of India's other major religions, as you learn about the Sikh religion during a visit to the Sheeshganj Gurudwara.

It's time to leave the hustle and bustle of Delhi as you hop aboard an express train into the state of Rajasthan, where many palaces and forts stand testament to the former kingdoms that historically vied for dominance in the region. You'll be heading for the state's capital, the famous so-called 'Pink City' of Jaipur, a friendly and busy town filled with palaces and bazaars, offering up a kaleidoscope of colours, with stalls crammed with jewellery, textiles, and folk-based arts; it's no wonder the city is popular with travellers. Today you'll first visit the Hawa Mahal (Palace of the Winds). First built in 1799 by Maharaja Sawai Pratap Singh and designed by Lal Chand Ustad in the form of the crown of the Hindu god Krishna, the Hawa Mahal features an unique five-storey exterior akin to the honeycomb of a beehive, thanks to its small windows (953 of them!), called jharokhas, decorated with ornate latticework, which was originally intended to allow royal ladies - who had to obey the strict practice of 'purdah' (face cover) - to observe life in the streets below without being seen. Afterwards, you'll head over to the impressive Royal City Palace to explore its extravagant rooms and apartments, before discovering one of the five astronomical observatories built by the city founder, Maharaha Jai Singh.

Your explorations of Jaipur continue on day four, beginning with the option to start the day with a hot air balloon ride over the city at sun rise (between the months of September to June; between September and March, you can also choose to ride the hot air balloon in the evenings, as well as mornings). Otherwise, enjoy a leisurely morning until the afternoon visit to the famous Amber Fort, the red sandstone and marble fort overlookign Maota Lake from atop a hill. Renowned for its artistic Hindu style elements, the Amber Form includes the Diwan-i-Aim (Hall of Public Audience), the Diwan-i-Khas (Hall of Private Audience), and the particularly spectacular Sheesh Mahal (mirror palace), and was once the residence of the mighty Rajput Maharajas and their families.

Your next destination is the delightful town of Karauli, which dates back to 1348 and is packed full of rural ambience and traditional temples. You'll explore more as you take a guided walk around the Old Quarter, enjoying the opportunity to learn more about rural Indian life off the tourist trail, while interacting with friendly locals. Don't miss out on visiting the eclectic market stalls along the way, sampling the local produce made from seasonal Indian ingredients, including petha (pumpkin), jiggery (organic sugar), peanut brittle, and gazak (sesame seeds. You'll be spending the evening in a charming heritage property tonight.

Your first stop today is the short-lived former capital of the Mughal Empire, Fatehpur Sikri, founded by a 16th century Mughal emperor. During its short rise to prominence, a cluster of red sandstone buildings were built at its centre, and its stunning mosque features a fusion of both Persian and Hindu design, secured by a 54m-high entrance. Afterwards, it's onwards to the famous city of Agra, on the banks of the river Yamuna in the northern state of Uttar Pradesh. There's many different legends and stories surrounding the city's founding, but it first became a capital in 1506, when the Sultan Sikandar Lodi moved the capital from Delhi to Agra, although its golden era as a powerful capital wasn't until it played the part of the capital of the Mughal Empire between 1556 and 1658. Agra's greatest treasures date back to that period, and whilst in the city, you might wish to visit Akbar's Mausoleum, the marble tomb reserved for the greatest of the Mughal Emperors, but of course no trip to Agra (or India, even) would be complete without visiting the jewel in the crown, the iconic and instantly recognisable Taj Mahal, built in the 1640s as a memorial to the wife of Emperor Shah Jahan.

Before leaving Agra, spend the morning enjoying a guided tour of the iconic Agra Fort, set along the banks of the Yamuna River and originally designed as a military structure by Emperor Akbar in 1565; later it was converted into a palace by Emperor Shah Jahan, before it became his prison. In the early afternoon, you'll set off for Delhi by private bus, arriving back in time to freshen up and perhaps choose to enjoy one final dinner with your fellow travellers, as your tour concludes on day eight, and you're free to depart at any time.

Please note that international flights are not included in this holiday, but can be arranged by our travel specialists, who can help tailor this holiday to suit you, including a pre- or post-tour extension to relax or explore further

Why not pop into our store on 24 Mill Street, Bedford, to find out more? 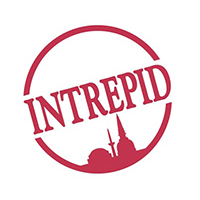 *No single supplement - based on sharing accommodation with a member of the same sex. However if you require or prefer a room of your own, please note that a small surcharge will apply


**Please note that from April 2017, the Taj Mahal's main dome will undergo mud pack therapy, making it likely the dome will be obscured by iron scaffolding, and portions of the white marble facade will be covered in mud and plastic sheets during the cleaning process. The restorations will be carried out in sections, and the work is expected to last one year.